Top
You are here: Home / Archives for Live Show Archive 1999 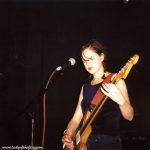 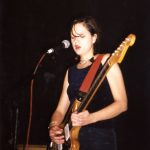 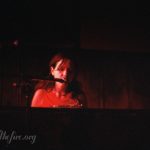 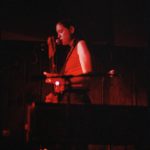 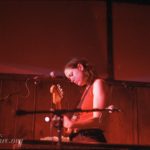 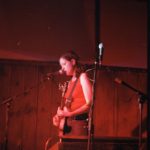 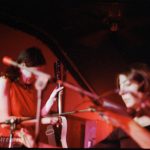 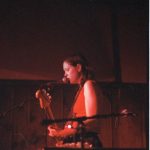 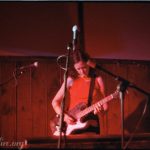 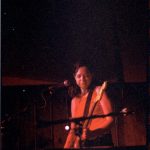 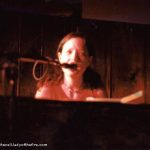 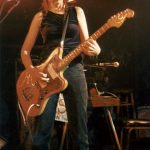 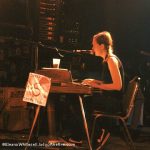 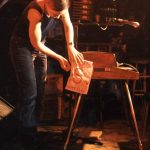 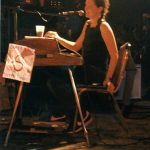 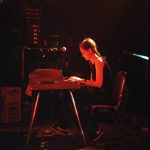 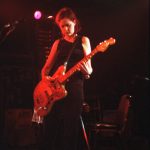 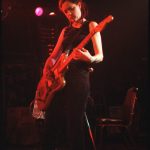 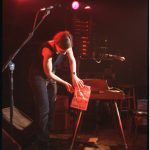 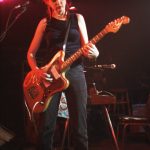 All photos by Roland Ouellette. Thanks, Roland! 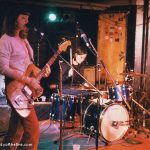 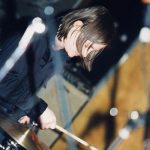 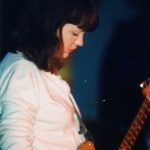 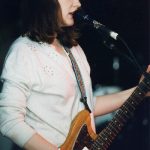 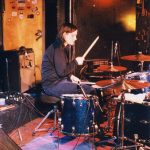 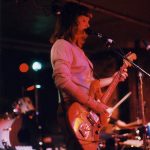 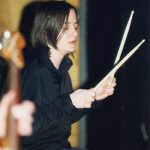 You go “grrls”: Sleater-Kinney lives up to hype by Brett Milano
Thursday, June 3, 1999
Sleater-Kinney and Mary Timony at the Middle East, Tuesday night.

If you spend a lot of time reading the rock press, you’re probably sick of hearing that Sleater-Kinney, a Northwest trio that grew out of the overhyped riot-grrl movement, is the next big thing.

After all, if they record for a small label, aren’t on the radio and don’t fill stadiums, how good can they be? As the band demonstrated before a packed house at the Middle East this week, the answer is: very good, indeed. Watching Sleater-Kinney on Tuesday, one got the same buzz that came from seeing seminal bands such as Husker Du or X in the ’80s. Like those folks, Sleater-Kinney isn’t reinventing the wheel:It just plays punk-inspired guitar rock with a few extra shots of smarts and passion. In Sleater-Kinney’s case, the mix includes an original guitar sound – there’s no bass, so guitarists Carrie Brownstein and Corin Tucker wind jumpy, rhythmic lead parts around each other. And there’s a powerful singer in Tucker, who knows how to use her whisper-to-scream range for dramatic effect.

This week’s show had been rescheduled from late March because of Brownstein’s back injury, and the Middle East’s air conditioning apparently stopped working for the occasion. Perhaps for that reason, the band was a little subdued: A couple of barnstormers (such as the fannish rock anthem, “I Wanna Be Your Joey Ramone”) weren’t played and there was more space for the gentler tunes from its last two albums. Most grabbing was the encore ballad, “Buy Her Candy” (the lyric celebrates a crush between women, but Tucker’s vocal and the gorgeous tune made the feelings universal).

Nor was the set lacking in cheap thrills as the closing rocker, “Dig Me Out,” found Brownstein doing Pete Townshend-style leaps and arm swings.The next big thing? As far as this crowd was concerned, Sleater-Kinney is already there.It was a no-bass kind of night, as Helium’s singer/guitarist Mary Timony (whose regular band is in limbo) played an adventurous opening set, backed only by drummer/keyboardist Christina Files.

Playing mostly new material, Timony covered the same ground Helium has—a bit of snarling pop, a bit of fantasy-driven art-rock—but went further into the abstract, laying down her guitar at mid-set to play synthesizer and violin. As ever, her sound was an enticing light-and-dark mix that never lets you get too comfortable.

from the Boston Herald reprinted without permission.

I felt a little out of place at this show. It seemed that every punk from southeastern PA was at this, and then there was me.  It’s a shame that I had to go to this show alone because it was such a good show. When I got inside, it seemed like it took forever for Flin Flon to come on stage.  I was standing in front of the stage on the left, and surrounded by smoking, loud kids, and a few nice ones, but once Flin Flon was on stage I was happy.  Flin Flon contains Nattles, who was in Cold Cold Hearts, and Mark Robinson, of Air Miami and Unrest fame.  They played a little less than an hour’s worth of very good, deranged pop songs, much to the chagrin of most of the crowd.  It’s a shame that Mark Robinson isn’t relevant anymore, or else he could have shown the kids how to rock, but he does still write a mean pop song.

Between sets it was drool city for me because my two indie rock crushes, Mary Timony and Carrie Brownstein, were on stage, standing right next to each other.  Mary Timony was next (she was supposed to go first, but got caught in traffic, most likely the Schuykill Expressway lie everyone else) and she played a damn fine set of more deranged pop songs.  I was hoping for a Helium song for two, but she stuck to new stuff.  Hopefully there will be a solo album out of this because these were some incredible songs.  It was just her and a drummer, and one song it was her on violin and the drummer, which was the best song of the night.

I think Sleater-Kinney broke a land speed record when they got ready to play.  There equipment was set up in less than ten minutes, much to delight of the people who were there just for them.  A little talking and much smiling went on before they went into their first song, “Get Up”, off of their new and best album, “The Hot Rock”.  The continued the night playing more and more crowd-pleasers (aren’t they all crowd-pleasers?).  The songs I remember were: Taste Test, The Day You Went Away, One Song For You, Heart Factory, The End Of You, Start Together, Not What You Want, The Hot Rock, The Drama You’ve Been Craving, Hubcap, a new song, and one or two others.  They came back out for two encores in which they played “Dig Me Out” and “Turn it On”, and then ended with an incredible version of “Jenny”.  They didn’t talk much between the songs, but Carrie did talk about going to see the Liberty Bell and Ben Franklin, and of course she was all smiles.  The finest moment of the night had to be their new song.  If this is the direction they are planning to take with their songwriting, then the next album should be even better than this one, if you can imagine that.  S-K are such a great band to see live.  Their shows are energetic, they smile a lot, and you can definitely tell they are having fun.  And it doesn’t hurt to have the best damn drummer in indie rock, too.